Posted on 31st October 2018 by theaugustusblog

More than a mile deep under the Black Sea off the Coast of Bulgaria lies a huge fleet of 67 ships from Ancient, Medieval and Tudor times – one of which dates to 400 BC.

It has been named the oldest shipwreck in the world.

The twenty-three metre long merchant ship was discovered by accident while researchers mapping the sea floor with advanced cameras and lasers (to measure Ice Age sea level rises) stumbled across it.

No shipwreck discovered in the world is like it. Experts expect it to change the way we think about Ancient Sailing.

“It’s something I never would have believed possible,” Jon Adams commented on the discovery.

The original amphoras and could of rope are still intact and within the ship.

Although the fleet of 67 ships is astonishing, it will be left exactly where it is at the bottom of the ocean so it can be preserved – furthermore, the group doesn’t have the financial ability to continue major research of the vessels.

Because the water deep down in the Black Sea does not have oxygen in it, the ships have been prevented from deteriorating – if they took them to the surface, they’d rot. This is really rare, as it is quite uncommon for boats to stay intact beneath water.

It seems many ships have come to their dreadful end in these dark and deep waters – ships from the Classical period, Medieval times, including one from the 13th century, and even a “Cossack” raiding ship dating to the 1600s.

Not to mention one from the Byzantine times.

Studies on the findings will allow experts to further explore ancient sea trading and faring. 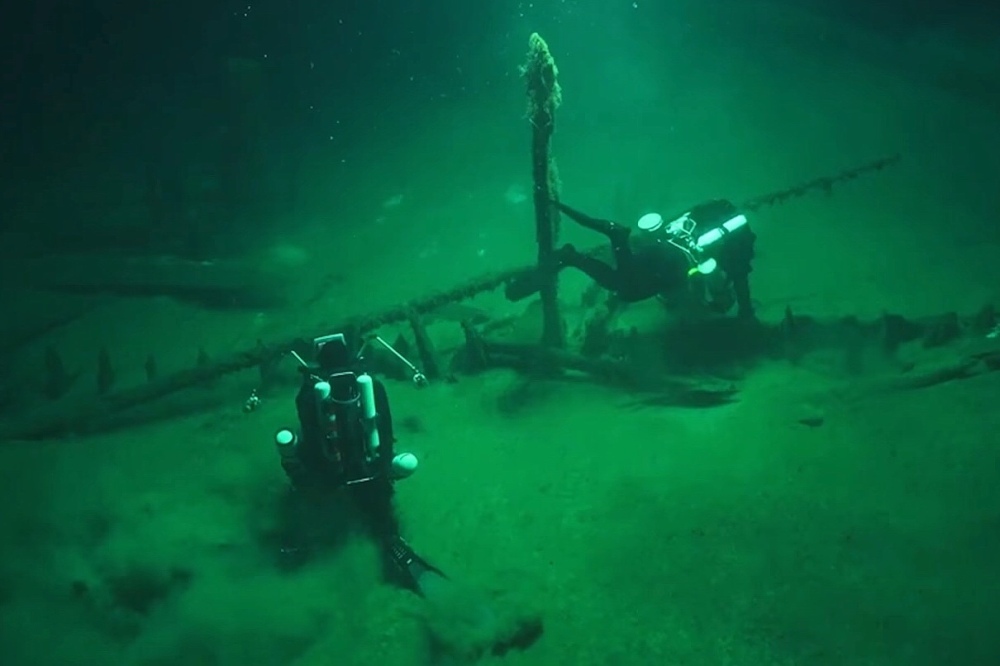 “They have never been seen apart from in murals and paintings”

The Ancient trading vessel (the oldest of the lot) is very similar to that which is seen on the Siren vase in the British Museum. It depicts Odysseus tied to the mast of the ship as the Sirens, sea monsters who make tunes to lure people towards them so they can destroy them, tread the nearby waters.

In my opinion, it’s mind blowing. These ships served the fate of 15-20 sailors (based on historical estimations) who rode the seas thousands of years ago, and their possessions and goods are still down there, literally almost the same as they were when the vessels departed from the ports.

I absolutely cannot wait to here more about the work many people are doing regarding this newly founded topic.

If I find out something cool, I’ll keep you updated.