It was necessary that Alexander and his army eliminate all Persian naval threats in the Aegean and Levant before continuing inland on their campaign. If the Persian leaders realised that Greece was only defended by 13,000 men, there would be a large risk of invasion. Tyre, on the Levantine coast, was expertly defended, well garrisoned and almost impregnable. Additionally, it was a crucial trading port of the Mediterranean and controlled access to India, Carthage, Rome and other great nations across the sea. Alexander, of course, did not want to lead his army into this military headache, but the capture of Tyre was paramount and necessary to the continuation of the invasion.

At first, Alexander asked the city of Tyre if he could perform a sacrifice to Heracles, but the Tyrians responded by saying that he could do the ritual in Old Tyre, the settlement on the coast. Although it had a multitude of resources and supplies for his troops, it would be of no substantial military importance. Consequently, he would have to gain the island city. Alexander sent envoys to Tyre commanding them to give up the city immediately. Tyrian executioners murdered the envoys on the city walls for all the Macedonians to see.

Understandably, this sent the Greek king into a rage.

It was said that these walls were 150 feet high and multiple feet thick. However, this is almost certainly an exaggeration. Nevertheless, the huge battlements still posed a threat to Alexander’s siege.

He immediately ordered Old Tyre to be destroyed, and with the rubble collected from it, started the construction of a massive causeway, or mole, along the shallow sandy waters up to the city. Under heavy fire from missiles, rocks and arrows, Alexander was forced to improvise to defend his workers. He constructed two huge siege towers on either side of the mile and equipped them with ballistae. Additionally, he hung a large canvas between them to protect his men while they placed the rocks and wood.

Although this offered temporary defence, the Tyrians would not allow it to continue. Filling a ship up with sulphur and flammable materials, they set it alight and launched it. Within long it had floated to the Macedonian causeway and destroyed it inside the inferno. Alexander would have to launch a land and sea assault simultaneously to breach the walls and conquer Tyre.

Ships from Cyprus armed with artillery towers arrived to help Alexander, as well as Persian ships from the conquered towns of Babylon and Sidon who had been absorbed into the Greek army. 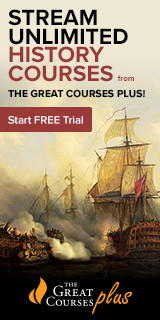 The Tyrians attempted to cut the ropes which anchored the Macedonian fleet to the walls, but Alexander replaced them with chains, which could not be broken. Following this was an intense artillery battle, and at the same time, the sailors tried to use the battering rams to make a breach in the walls.

Despite the decreasing moral of the residents of Tyre, the city leaders were not prepared to surrender. It was only as the wall was broken down at a point in the Egyptian harbour to the South of the island that the Tyrians attempted to hide, save themselves or commit suicide.

In the chaos, hundreds of Tyrians were slaughtered and approximately 30,000 were sold into slavery. Alexander had inflicted a crushing defeat upon Tyre, one that would allow him to advance into Egypt and be crowned the Son of God.

THANKS FOR READING! LET ME KNOW WHAT YOU

THINK… IN THE COMMENTS BELOW!