Any blunder in war, big or small, is bound to fine tune our perception of fighting forever, but it is the greatest upsets in military history that truly turn the world in an entirely new direction. Furious encounters like the Battle of Stalingrad and nation-changing conflicts such as the Battle of Hastings will be remembered in the books for years to come.

In today’s blog post, we look at my pick of the ten worst military campaigns/engagements and see a brief overview of their causes and effects.

If legend has it right, the gunpowder keg was lit off when Paris, son of King Priam and Queen Hecuba, stole Helen from her husband Menelaus, King of Sparta. A sprawling campaign stretching over ten years took off, seeing the most fierce of battles in the Ancient world, most likely causing huge numbers of casualties and loss of resources and moral on both sides. Greek armies turned to ravaging the countryside, pillaging settlements and killing innocent inhabitants after a bitter failure in taking the City of Troy, likely the greatest kingdom in the Mediterranean. 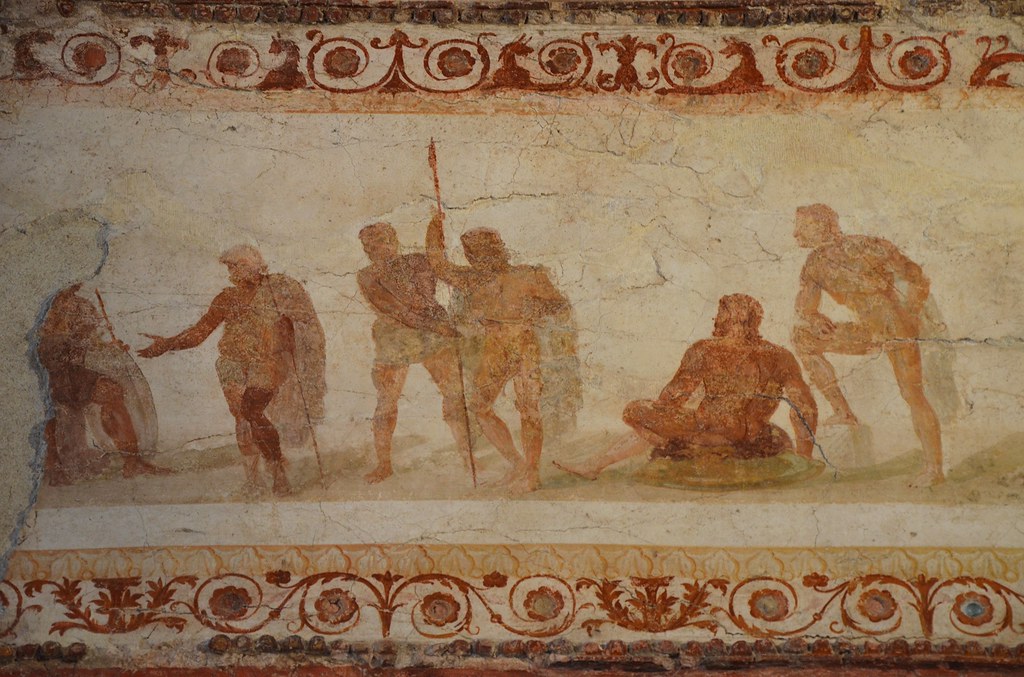 The city folk succumbed when an enormous horse equipped with soldiers and weaponry made its way into the city, let in by guards who unknowingly believed the cruel lie that it was a gift for the king. The “Trojan Horse” has come to be one of the most popular myths in Greek culture.

Signing the death notes for about sixty thousand Roman soldiers amounting to ten percent of Ancient Rome’s population, the battle of Cannae likely saw the greatest slaughter of men in a single battle ever. For years, Carthage and Rome had fought for the rights of Sicily, and in 216BCE, Hannibal encountered the Romans in brutal combat, enraged by the teachings of his father to never treat the people of Italy well. They had suffered a demoralising failure in their city, and Hannibal was never going to forgive them for it.

He’d organised a huge army from many different tribes of Africa, had nearly twice as much cavalry as Gaius Terentius Varro, but nevertheless was outnumbered 7 to 4 by the legions facing him. So the Carthaginian leader Hannibal sent his superior horsepower straight towards the enemy’s cavalry, and both flanks were cut off and killed. They then turned and charged towards the main infantry units of the Roman Army.

Madness filled the entire battlefield. Varro had pulled his eight legions together before the battle had begun. This would inevitably be his downfall, because as the powerful African horses smashed into the formation, there was absolutely nowhere to fall back to – no way to absorb the impact. Across four horrendous hours, with the sun – and spears – beating down on them, the Roman army were encircled, closed in on, and destroyed. Cannae would be the greatest battle of the Second Punic War and all of Roman history.

What caused the Battle of Hastings? It’s quite simple really. King Edward the “Confessor” was friends with the Duke of Normandy, William, who was known as “the Bastard”. When Edward was shipwrecked on the shores of Northern France, instead of killing or punishing him, William offered him a deal – swear an oath to let William be King of England when Edward died, and he can go freely back to his country. So Edward agreed, but on his deathbed, he changed his mind, making Harold Godwinson the future monarch. The Godwinson family was responsible for crowning the new Kings.

William still believed he was the rightful heir, so with a massive fleet of ships, cavalry and well trained Knights, he set off across the channel to settle it. Harold’s army probably would have won the battle – if only they hadn’t disintegrated their shield wall thinking that William was retreating and they were winning.

“Of the many theories of how the English king came to his death, the arrow-through-his-eye one seems to be the most popular.“

Templar Knights and their association began to topple after an awful failure at Hattin in 1187, marking the start of the end for God’s Monk-Warriors. A combination of unorganised forces, bad preparation and foolish leadership led those brave men to their dismal end, battered by Saladin’s forces and practically dying of thirst in a fuming hot and dry desert plain. Unwisely, they had been forced by a grandmaster that was too big for his boots to continue marching onwards into terrible conditions towards the city of Tiberias that had been assaulted by their enemy Muslim commander.

In their inconveniently desperate attempts to reach and defend Tiberias, the Templars had failed and lost not just the city, but three of the most important crusader states in Palestine. All the achievements of the First Crusade had been crushed into the ground.

That dreadful time when Baghdad was utterly destroyed by the Mongols is recognised as the worst time for the Islamic empire, and is often called “the end of the Islamic Golden Age”. Certainly the caliphate never fully re-developed after the incident. Mongke, grandson of the epic Genghis Khan, desired an increase in the Mongol Empire throughout the Middle East. It was a decade later in 1258 that his brother, Hulegu, arrived with a massive army outside the city walls, and demanded that the city be given up to him. But it wouldn’t be as easy as that!

Siege preparations and attacks continued from the 29th of January to 10th of February, although ten of these days were full of extreme violence. Chaos ensued. It is said that the Abbasid Caliph was stamped/kicked to death, and there’s a good chance that this isn’t an exaggeration. Baghdad had a population of probably over a million people and 200,000 were brutally murdered. Arabian sources, however, seem to believe that 2 million were killed. Apparently, not one building remained.

With Prussia’s forces defeated and pushed back on the right flank, Napoleon Bonaparte turned towards the outgunned British forces, who, realising that without Prussia there was a high chance the French would succeed, retreated northwards to the town of Waterloo. The proceeding battle would decide whether Napoleon will return from exile to lead France as Emperor again – or be ruined, punished and with his dream of French supremacy broken forever. 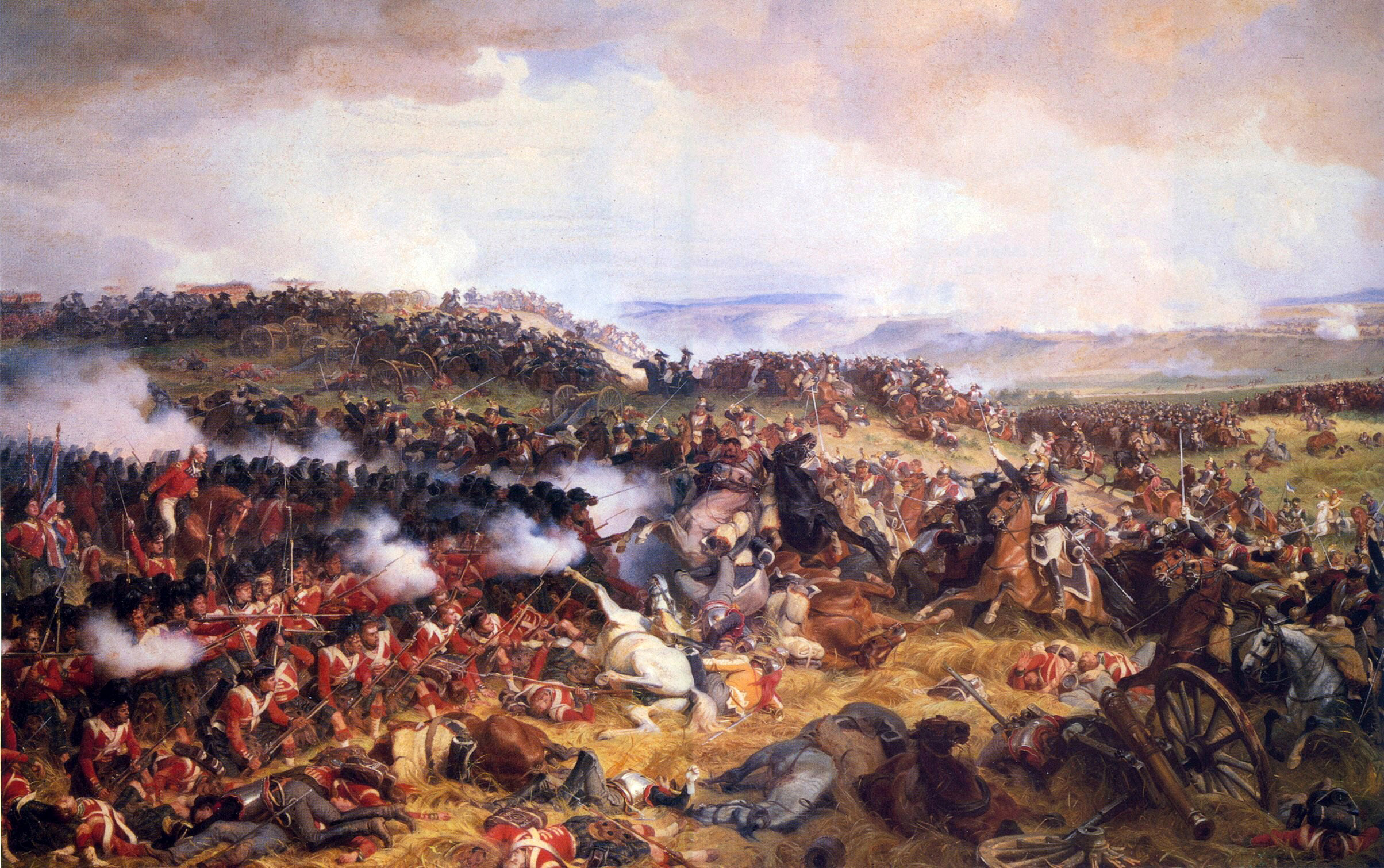 A main blow of multiple infantry units marched towards the centre of the British defenses, but cavalry was quickly deployed to run them down, and with the French’s 140 cannons too far away to make accurate shots, many casualties were inflicted on Napoleon’s forces. Eventually, the British made forwards too far and were blown to bits when they came in range of the enemy artillery. Moral was wrecked when the infantry found they could not break into the tight defensive formations of the British/Allied troops, and spot Prussia supplying troops from the South, attacking the village of Plancenoit.

Napoleon successfully managed to move canons up into the centre of the battlefield, but they were fiercely attacked by Allied musket fire. Prussian forces assembled around Napoleon’s army and a huge advance was conducted. Therefore, the French forces disintegrated and ran in the opposite direction. Cavalry quickly chased them down and utterly destroyed much of the army, with eight thousand captured and twenty-five thousand dead. Exiled to Helena, the French Emperor and outlaw died six years later.

7. Battle of the Somme

The Somme, France offensive was planned to provide some support to French troops and inflict a high death rate on the Germans. After the enemy trenches were smashed constantly with eighteen pound shells, one hundred thousand men were sent charging into No Man’s Land. 3 in 5 of these soldiers would either return injured or be lost or dead on the muddy plains.

However, the attack was sure to fail. British generals and commanders had not taken into account the strength of the German trenches and the soldiers’ levels of training, which well outgunned the British volunteer troops. Machine guns quickly and efficiently mowed down the British, Canadian and Irish troops who instantly found themselves caught in barbed wire which their artillery had failed to destroy. Germany reorganised and pressed forwards, speedily regaining territory which they had lost in the starting minutes of the advance. 1916 was a dreadful year.

Although it wasn’t your traditional, pitched conflict, the Battle of Britain was tragic in some ways for both sides, down to the huge numbers of fighter planes that never returned to their airfields. This resulted in an enormous loss of machinery for Britain but mainly the Axis.

n preparation of the Operation Sealion, which had the intention of launching an invasion of England to quickly end the war, the Nazis needed to rid Britain of its excellent air force, the RAF. Therefore, an all-out attack was needed to prevent them from defending the country when Sealion went ahead. All divisions and roles were included in the Battle, and it stretched from July to October, 1940.

Britain’s epic tactics, flying skills and best of all, the spitfire, secured them a defensive victory which was earned by the hard work and best efforts of the advanced communications teams. It is safe to say that the Luftwaffe was completely ruined by the failed campaign – more than 1,500 planes were destroyed and casualty numbers reached close to 3,000 on the German side.

On the 2nd of October in 1942, Nazi forces commanded by Hitler unleashed a torrent of bombs on the Russian city of Stalingrad. Hitler had a strong hatred for Stalin, whom the city was named after. He sought to make a quick end of the Soviets and advance in the East with as little resistance as possible. But what he probably overlooked was how Stalingrad was also extremely important for the moral of the Russian Red Army, who were determined to fight to the end no matter what.

Following an enormously destructive bombing of the city by the German Luftwaffe were several months of extreme fighting – most of which took place in the streets. Civilians were not evacuated as quickly as necessary, and many were caught up in the fighting. Snipers were employed to efficiently take out the most important targets of both sides, and machine gun posts were established on every corner. A complex system of trenches were also built in the city, as well as utilisation of the sewers for sneaking around and ambushing the enemy.

But still the Russians refused to surrender or let go of their minimal remaining territory. When cold weather rolled around, they were better prepared than the Germans, and quickly gained the upper hand when reinforcements arrived, trapping the Nazis in Stalingrad. Of the 1.2+ million casualties, around five hundred thousand Germans died and many thousands were taken captive.

In 1918, Germany sprung their sudden attack to try and end World War I as quickly as possible so that American and English forces would not be able to react and consequently be crushed instantly. Luderndorff bombarded the British fifth army with fast working, powerful artillery and sent in units of swift, light soldiers carrying as little rations and kit as possible. Due to this, the army made a rapid advance and troop mobilisation was at its peak. However, their powerful movement put too much stress on railways and supply lines, and troops heading to take the crucial Allied city of Amiens ran out of food. Eventually a large reinforcement from America arrived, utterly ruining Luderndorff’s plan. There was one last, desperate German offensive but it came with horrendous casualties for the distance it accomplished. The German army eventually fell, exhausted and destroyed, with 1 million casualties just from the Spring Offensive alone.

If you particularly liked this list, tell a friend or two about it! Also, you can claim extra reading material on the subject “Wars and Battles” by clicking on the link above!